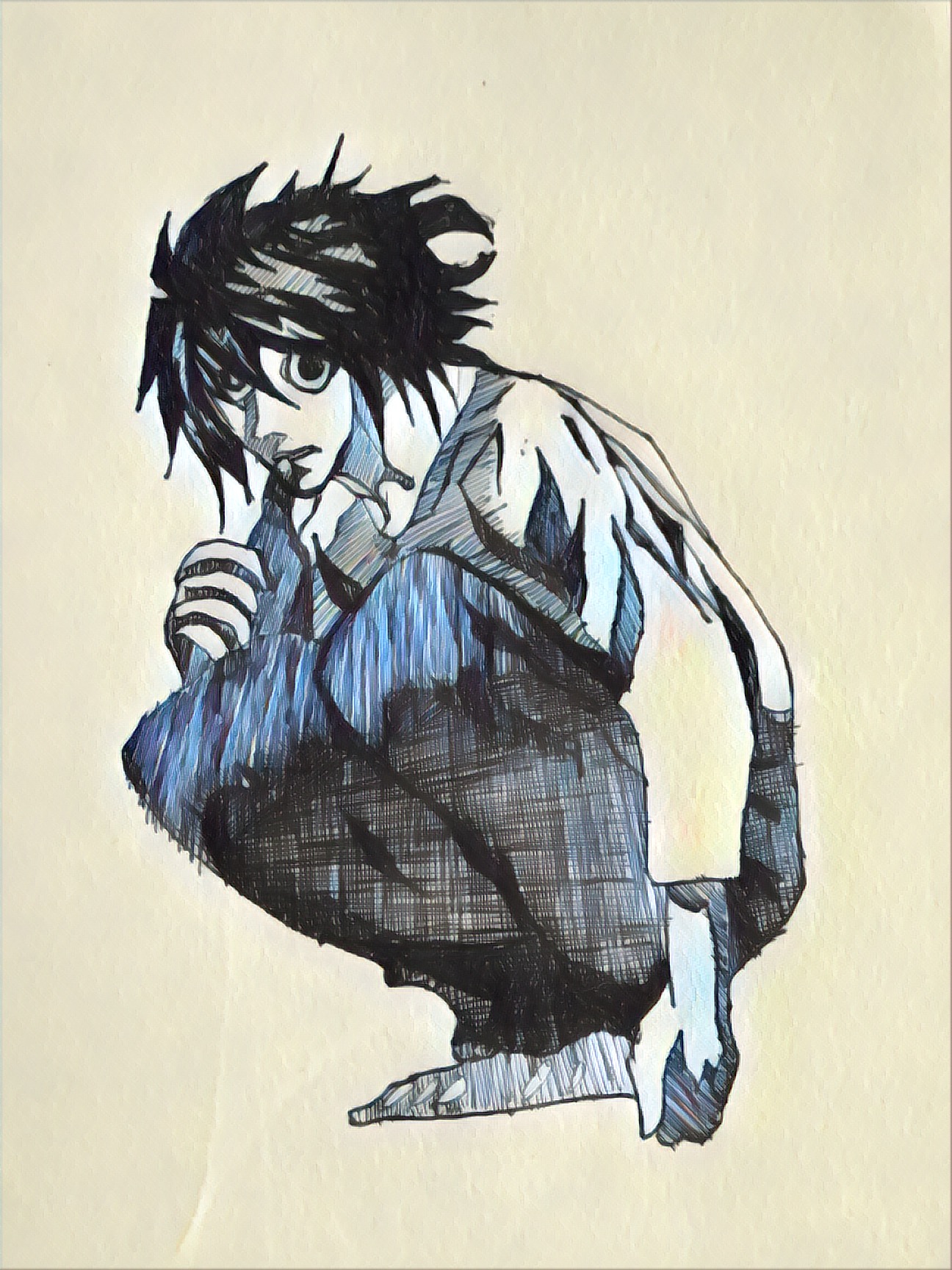 Day 7! Draw your favorite animated character. Now some people think Disney or some Don Bluth. I would like to go with some anime. In particular a character named “L” from a show called DeathNote. I got into this because of a show that Netflix recently produced which is a live action adaptation of the original anime. Stop at the live action and go check out this gem in its original format. You will not regret this high-action, incredibly witty show that pits brains and beauty and insanity all against one another in a cat and mouse chase similar to Sherlock Holmes and Moriarty. 10 out of 1o.